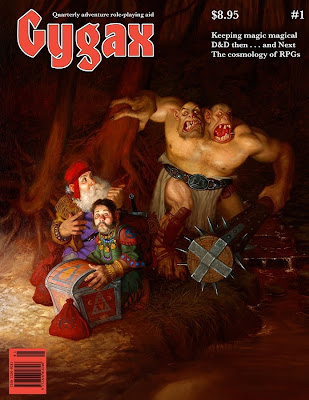 A few months ago, I attended GaryCon down in Lake Geneva WI, and while I was there, I picked up issue number one of Gygax magazine. For those who haven't seen it, it looks very much like a retro clone version of the old Dragon magazine, and I appreciated the lengths to which they went to bring home the feeling of picking one of those old copies off-the-shelf.

After finally reading it through a month or so later though, the content within didn't really quite live up to the hype or the hope.  Most of the articles seem to be reminisces or celebrations of grognardia (and not in the good way). One article in particular as I recall was about "putting the magic back in magic" which basically amounts to ways to ensure the wizard in your party has even less fun on game night by making his abilities only work randomly about half the time - and such other fun ideas that treat game balance as a foe of imaginative roleplay.  Oy.
One article that did catch my imagination though was titled "DMing for your Toddler" by Cory Doctorow, in which the author essentially describes his efforts to set up a battle using his plastic pre-painted minis and some of his daughters' stuffed animals.  The premise of a simple to understand rule set, using the items already at hand which your child wants to play with struck a big chord with me and I had been thinking on it ever since.

My daughter R. and I discussed it for a while and kicked around some ideas and finally one recent Saturday we were prepared to undergo our first attempt at, "ASSAULT ON EQUESTRIA!"
To begin with, we assembled teams.  She used eight of her ponies, including the core 6, Princess Celestia and Miss Cherilee.  I gave her the choice of defending her castle, or trying to recover it post-invasion.  She chose to defend.  (Even at age 5, she displays a level of tactical genius which G.A. Custer could perhaps have used a smidge more of...)


As the attacker, I selected six of my DDM dragon minis, including a wyvern.  The non-wyvern dragons all naturally had dragon breath as a weapon option.  I thought my experience and the advantage in having more ranged attackers and fast movement for all of my "troops" would offset my numerical disadvantage.
The ruleset was as follows...  We would each act in turns.  On a turn, each member of a team would choose either to move, fight, or use a magical ability.  Every character was assumed to have 8 stamina, which when reduced to 0 would result in them being knocked out.  We used pennies by each figure to keep track of damage (but only after they actually did get damaged).
Movement rate was determined by rolling a d12 each time and moving up to that many inches.  For having wings, we allowed the pegasi, Princess Celestia and all the dragons to add two inches to their movement rolls.
Fighting consisted of a melee attack and was an auto-hit situation as long as one was reasonably adjacent to the target.  Just roll 1d6 damage, except in the case of the wyvern (which had a stinger instead of dragon breath) and the extra-tough earth ponies (who needed something to offset the lack of wings or magic).  These could all roll 1d8 damage in melee.

Next to be addressed were the magical abilities, used by the unicorns and Princess Celestia.  I followed the suggestions in the article and initially we agreed on two spells, fireball and "zap" (or magic missile).  The theory was that fireball was easier to hit with but did less damage than zap.  In reality though, fireball was never used, and we ended up using the zap guidelines exclusively for any magical attack, as well as for dragon breath.  To do damage, we first needed to hit on a d20 attack roll, throwing greater than or equal to the target's range in inches.  A hit did 1d6 damage.

Lastly, the magic users could choose to spend an action healing other characters.  This could be done at any range and restored 1d4 stamina.  We didn't keep track of negatives; once a pony or dragon hit 0 they just fell over and we took the pennies away.  So waking up knocked out characters was easy.  I chose two of my six dragons as captains who would also have this healing ability.
As with most minis games, the first couple of turns moved slowly while I crossed the open plain approaching the castle.  I thought she was in trouble when she forsook her defensive advantage to rush out of the front gate and meet me head on.  But that assessment was dashed once my front line got a face full of Applejack and Pinkie Pie...


In retrospect, R. was quite in the right to blunt my advance with melee fighters while keeping her casters up on the castle ramparts.  Blind luck or masterful strategy, it kept me acting on the defensive, in spite of my role as aggressor.  Also, the disparity in numbers was a lot heavier in practice than originally anticipated, and once dragons started dropping, the shrinking economy of action limited my available options dramatically.  By contrast, whenever I landed a shot lucky enough to fell a pony, it was not difficult at her at all to find a spare unicorn to heal her right back up the next turn.

Long story short, I got my butt handed to me big time and R. is raring to go for another round asap.  I think next time we will look to set up better number parity (sorry, Miss Cheerilee) and will simplify the magic options and rules a bit, cutting the chaff we didn't bother to use.

Additionally, I would love to have some better ideas for scenarios or storylines we can add to mix up the games and make them not become a monotonous dice-rolling exercise.  Maybe a rescue or a capture the flag type plot for next time?  Or once the dragons become passe, maybe I should assemble an army of elementals, demons or goblins or the like. 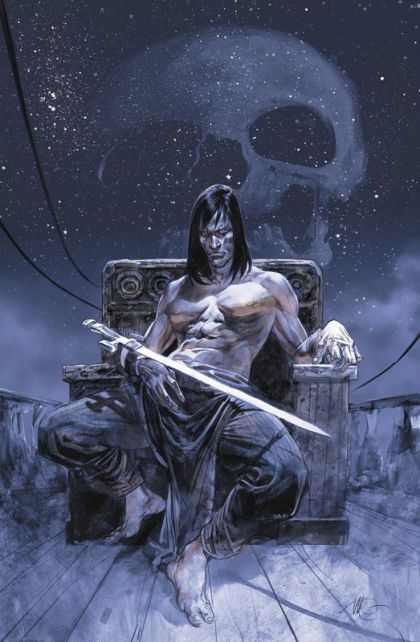 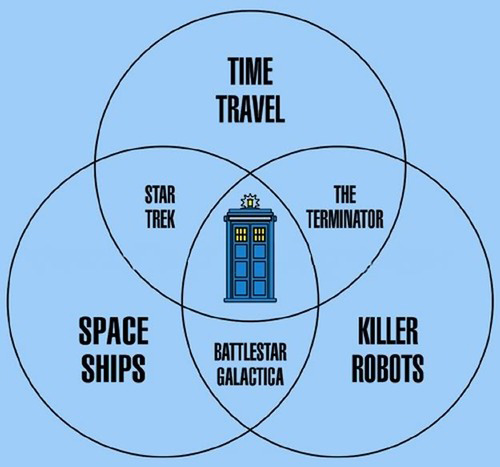 Episode Three of The Chippewa Valley Geek Podcast and Rhythm & Blues Revue is complete and can be found here or on iTunes.

It's another podcast!  'Cause podcasts are cool!  (Dont worry - it's way shorter than last month.)Join me as I celebrate our Independence Day with a TARDIS trip to the UK of Whoville!  Also, why Kevin Smith doesn't suck as much as you would like me to think he does!
Contents include:
Introductions
:05  The Up Front:  I'm Over You Being Over Kevin Smith
The Roundtable:  Is There A Doctor In The House?
The Community Calendar for July/Early August 2013!
The July Monthly  Challenge!
Another Giveaway!
48:55  End Credits
Bonus Track! – “11 Doc Rock”

Posted by madgael at 5:00 AM No comments:

Haiku Movie Review! Much Ado About Nothing 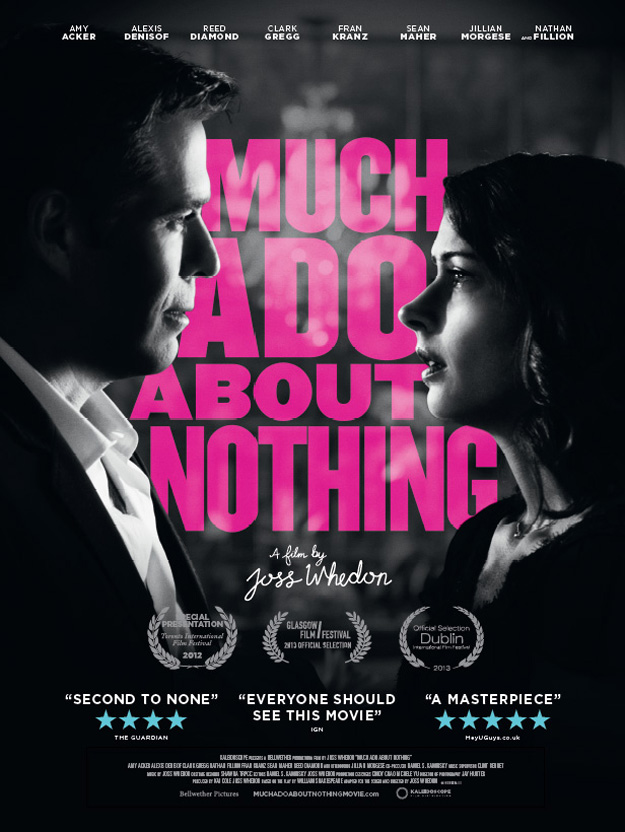 Posted by madgael at 8:44 PM No comments: 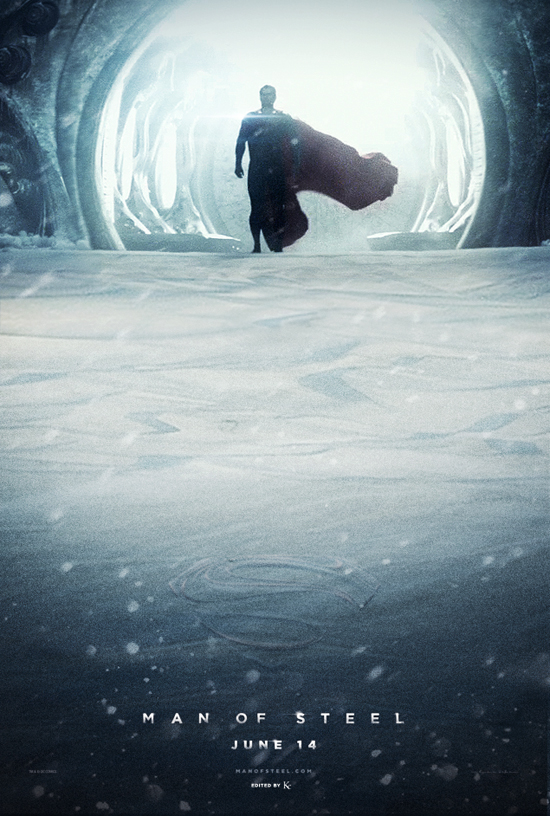 Posted by madgael at 8:41 PM No comments: