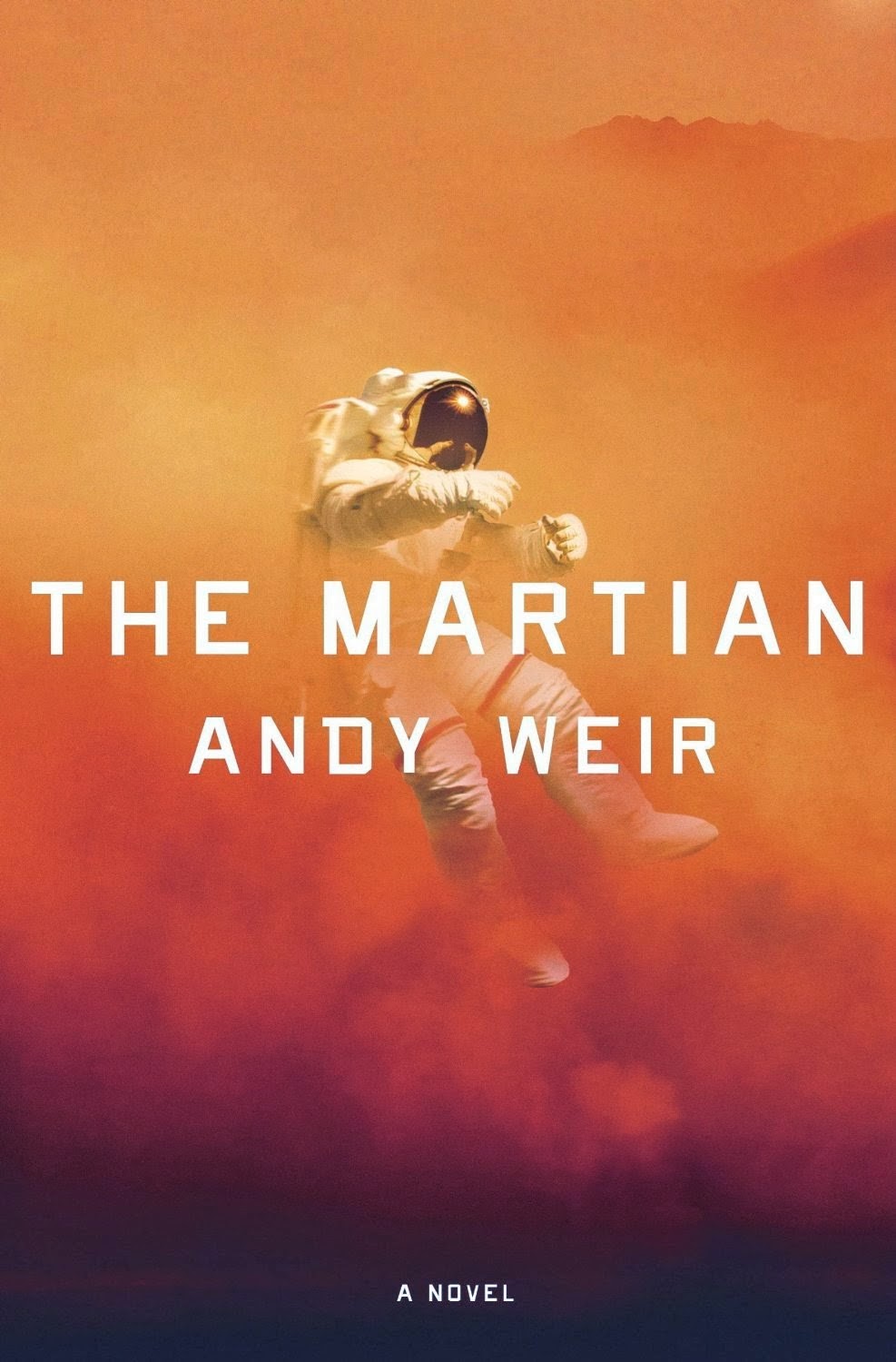 Thus begins the tale of Mark Watney.  Mark is the sixth crew member of Ares 3, the third manned NASA expedition to Mars.  Six days after their arrival, things go wrong in a big way, and the planned 30-day surface mission is aborted.  During the chaos of a violent sandstorm, the rest of the crew, believing Mark to be dead, evacuate the red planet.  This riveting tale of survival, science, and courage begins with our hero regaining consciousness to discover that he is cut off from communications and all alone in a way that no human has ever been before.

In many ways, this novel echoes Robinson Crusoe as the tale of one man using his wits and resourcefulness to improve his circumstances from a shipwrecked loner to successful survivor.  If this were a movie instead of a novel, and I suspect it soon will be, it would be a cross between Apollo 13 and Castaway.  The author alternates between a first-person narrative of Mark's actions and his journal entries which are used to reveal his innermost thoughts.  Though this can be a clumsy device in any other work, it works well in this book since the main character has no one else to share his thoughts with.  An inventory of the resources available to him reveals about a year's worth of food, a functional shelter, and two working surface vehicles.  After dealing with issues that are immediately life-threatening, our lone astronaut begins to solve the problems of longer-term survival, communication, and ultimately escape from the planet.  Much of the great pleasure in reading this book comes from appreciation of Mark's ingenuity, courage, and persistence in solving these increasingly challenging problems.  With science!!

Although this is a work of science fiction, the science is extremely well-grounded in technology that is available today.  The author did his research, and even the most discriminating reader will be hard pressed to find any science bloopers in this work.  There is no magic disguised as science in this book - no time travel, anti-matter laser weapons, or convenient dimensional portals.  This is hard sci-fi at its hardest.  It would be great fodder for a one-on-one Traveller game.

I have two cautions about this book.  First, it is absolutely riveting.  Don't pick it up unless you have six to eight hours with nothing else to do.  Like eat.  Or sleep.  Or go to work.  Because you won't be able to put it down.  And second, it originally debuted as a self-published work by a fledgling author, and the youthful enthusiasm of a first-timer shines through in places where a more seasoned writer might be inclined to show more stylish restraint.  But don't let that be a deterrent.  This is a well-crafted story and a great read.